A full-service dental practice located in downtown Sacramento, California, the Sacramento Dentistry Group provides everything from orthodontics to oral surgery. Visit our beautiful new office and enjoy the latest in dental technologies. 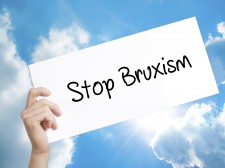 Bruxism is the unconscious grinding or clenching of teeth, leading to damaged enamel and dental appliances. A major review recently released looks at who gets bruxism, factors associated with it and the only treatment considered effective by the evidence.

SACRAMENTO, Calif., May 24, 2019 (Newswire.com) - The Journal of Oral Rehabilitation recently released an umbrella review of more than 1,000 studies dedicated to the topic of bruxism. Bruxism is the unconscious grinding or clenching of the teeth, often accompanied by abnormal wear and damage to the teeth and oral appliances, like dental implants. It occurs while sleeping or during the day. The umbrella study by Brazilian, Israeli and Canadian dentists looked at the prevalence of bruxism amongst adults and children, factors associated with bruxism and evidence regarding effective treatment of bruxism.

Of the 1,038 studies considered, 41 systematic reviews were included in this large assessment of bruxism experiments. Awake bruxism was mentioned only in adults by these studies, with a range of nearly one-in-five to nearly one-in-three mature individuals showing some evidence of daytime teeth grinding and clenching. Sleep bruxism was noticed in a smaller percentage of adults (15 percent or less), but anywhere from three percent to 49 percent of children, a disturbingly vast range of prevalence for youngsters.

Commonly associated with bruxism were the following factors:

Keep in mind that association does not imply causation — these factors may or may not be causing bruxism, but they are often found along with it.

The Sacramento Dentistry Group regularly provides occlusal splints or “nightguards” for patients in their dental practice who suffer from bruxism. Therefore, anyone who wakes with pain in the jaw, notices unusual wear patterns on the tooth enamel or who has unexplained damage to dental appliances should consider a dental assessment for bruxism. Help is available by contacting their dentists online via their website or by calling 916-538-6900.

Get notified about new releases.

Sign up for email updates from Sacramento Dentistry Group.